I had a change to my usual routine this morning which meant a little lie in (9.30am! Jealous?!) So what better way to start the day than to get the endorphins flowing and work up a bit of a sweat. I decided to stretch my legs and venture off for a morning jog around Clapham Common.

Running/jogging/waddling or whatever style you chose to adopt has always been a bit of a controversial topic. Now I’m a massive fan of HIIT (High intensity interval training) numerous studies have shown that HIIT melts fat at a faster rate than conventional steady state cardio – i.e Running, Cycling, Swimming. An individuals’ metabolism can fire for substantially longer due to the EPOC (Exercise Post Oxygen Consumption) theory using the HIIT method, so that fat burning furnace is ignited. Prolonged periods of running (longer than 45mins) have shown to cause hormonal stress on the body, increasing the fat storage hormone cortisol

Now I’m not telling you to stop running. Far from it. I think there’s a certain inner peace when you stomp those pavements. It’s a time to think, to mentally push yourself and if you’re like me, aim to run down the runners infront of you.

I’ve just finished reading a book called ‘Born to Run’ an incredible story about a South American tribe called the Tamarahumera, who are natural born runners. They run with small parts of leather strapped to their feet. To them, an ultra-marathon is like a gentle 3k stroll in the park. Phenominal.

One of the latest ‘crazes’ to grace the fitness industry is that of barefoot running. The Vibram five-finger shoes have ballooned in popularity over the last year. These webbed-like shoes emulate running naked. I don’t mean running through the streets streaking like Frank the Tank on the awesome film Old School. I’m talking about running like you have nothing on your feet.

What these shoes promote is running on your forefoot.  This is seen as a good thing as the muscles and tendons in the foot and ankle (achilles etc) act as massive shock absorbers which means that the forces are not transferred to the knees and hips which is where most people get injuries from running.

As a population, we have decided that the ground is too hard and have designed shoes with massive amounts of cushioning.  Unfortunately, this cushioning is still insufficient to protect all the joints in the body and probably only helps the foot to be honest.  Because we have this cushioning we feel we can run on our heels which then opens us up to the problems of a foot that pronates/supinates under massive forces.

Forefoot running does away with this problem as the foot lands fairly flat (on the toes) and absorbs the shock through the multiple joints in the foot as well as the fascia and muscles / tendons.  Of course, if we all kicked our shoes off and started to run around we would develop injuries as we are not adapted to it so caution must be used and time spent exercising barefoot must be built up gradually. 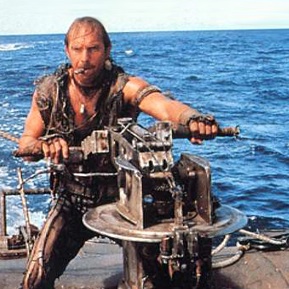 I have very low arches, and extremely flat feet. I often strut and adapt the ten-to-two look. Not cool. I’m currently suffering from a jabbing pain in my arch, and the Vibram shoes are looking pretty appealing at the moment. Although I’m going to break myself in gently, and look to purchase from the New Balance Minimus range (below). Not the Vibram Five Fingers just yet as I don’t want to look like I have just come off the set of Waterworld. (Kevin Costner is a legend by the way..) I’m interested in anything that can increase your athletic performance, not steroids obviously, but may improve biomechanics and reduce the risk of long-term injury. 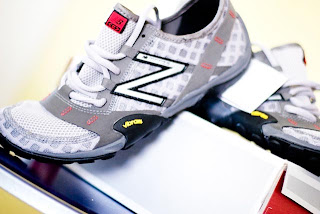